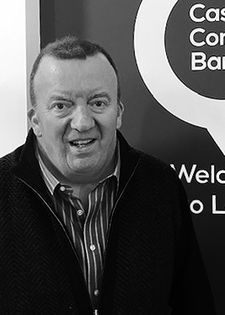 Ian is an accountant by profession, entrepreneur by inclination, and he brings a wealth of experience that is relevant to early-stage growth companies, with a particular focus on Corporate Governance and Corporate Finance. He has taken two companies from inception to a public listing on the London Stock Exchange, the first being a Scottish electronics company, which involved a patent assignation from the USA, and the second being a Taiwanese resort-based casino opportunity, with a Las Vegas based operator. His international experience is extensive having spent much of the last 30 years
managing significant financial transactions in multiple jurisdictions, most notably in Vietnam, Taiwan, Hong Kong, India, Japan, Australia, New Zealand, and the USA. His principal business interests are currently in Vietnam, where he manages a large Real Estate venture, and Singapore, where he is working with a local company seeking to bring a novel wave energy technology to Scotland. Ian is the National Treasurer of the Royal Naval Association in Portsmouth and sits on the Investment Committee for the Royal Navy and Royal Marines Charity. He became involved with Castle Community Bank having led, as Treasurer, a sizeable Church based investment. He is a past finalist of the Institute of Directors, Scotland, Director of the Year Award. 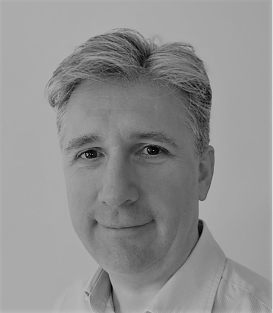 Adrian has a career in banking spanning over 20 years in senior roles at a number of financial services companies (Morgan Stanley, HBOS, Tesco Bank, BlackRock, Virgin Money). He has extensive experience in building, developing and managing banking teams, problem solving and aligning to regulatory requirements. He has a passion for all related items to the Environment, Social and Governance matters and alongside his role at Castle Community Bank actively promotes and contributes to developing a sustainable economy. Adrian is a chartered accountant and Fellow of the Association of Corporate Treasurers 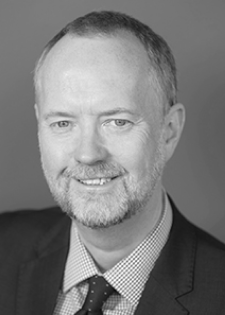 Austin is a Solicitor and a senior partner in the Corporate Division at Morton Fraser Solicitors, based in Edinburgh. He is an expert in company sales and purchases, joint ventures, corporate restructurings, private equity/angel investment (advising investees as well as investors), contractual commercial matters (agency, distribution, franchising etc), intellectual property and data protection. With 30 years’ experience as a lawyer, Austin is dual-qualified (Scotland and England/Wales) having practised law in Newcastle for seven years before moving to Scotland in 1997 and becoming Scots qualified. He is also a non-executive director of West Lothian Chamber of Commerce. Austin sits on Morton Fraser’s Risk Management Group, its Information Security Forum, and is Morton Fraser’s Data Protection Officer. He is married with two children at University and in his spare time is a founder member of a book group, is involved with his local church, supports Sunderland AFC and is a keen walker. 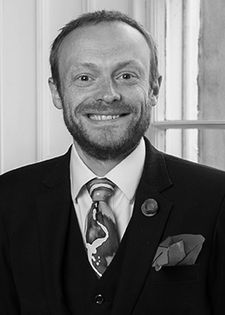 Douglas came to live in Edinburgh from the Highlands when studying law at the University of Edinburgh. He has advised individuals, companies, families and businesses throughout his career on common sense solutions, as well as negotiating the legal landscape. As well as being a busy husband and father, Douglas also serves as a Charity trustee. In the unlikely event of having any free time, Douglas likes to get some sleep. 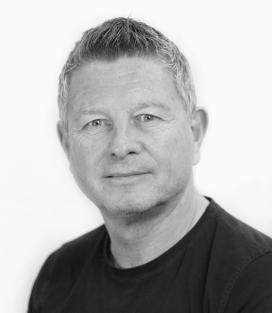 Over the last 30 years Kevin has operated in a range of Snr Management & Exec roles and he has been employed by a number of large UK brands including Bank of Scotland, Halifax and Birmingham Midshires, where he was Head of Sales and Marketing for their Savings business.
Early days were focused on Business Banking in 2001 he was appointed as ‘Head of Affinities’ for HBOS, responsible for a broad range of 3rd party relationships, providing credit cards, loans and savings products to the likes of AA, Aviva, Sony, British Gas. In total managed a portfolio of 70 brands with a team of 50 and held Directorships in a couple of JV’s and was responsible for a multi-million pound P&L. More recently he went on to join moneysupermarket.com as channel ‘Head’ running a number of their ‘Money’ business areas including Cards, Mortgages and Savings. During his time with ms.com, Kevin has established himself as a recognised and respected industry spokesperson, promoting ms.com via the media including press, radio and TV.
In Jan 2011 Kevin took the reins at a start-up consultancy & marketing business; Plan B Funding specialised in assisting banks to raise retail deposits in the UK and wider Euro market. Not only did Kevin assist in raising investment capital but steered the company towards several early successes working with the likes of United National Bank and State Bank of India. Since then Kevin led
negotiations with Raisin GmbH and a deal was announced Sept 2017. PBF is now part of one of Europe’s leading Fintech businesses. He also has a couple of NED roles with North West based businesses: Mutual Vision Ltd & Collctiv, plus is an Advisory Board member of FinTech North. 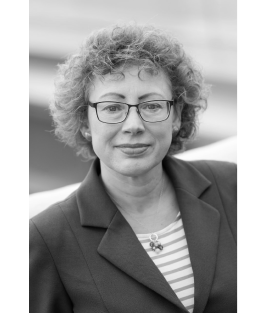 Mary Jane has held a number of non-executive director roles over the last 20 years. She is currently a non-executive director of GU Holdings Limited and a trustee of Museums Galleries Scotland, where she chairs the Audit and Risk Committee. Mary Jane has been working in early-stage equity investments since joining Bank of Scotland in 1997 and has subsequently worked with a range of different investors including SIS Ventures (Scotland’s leading impact investor) , Archangel Investors Limited (a prominent business angel group, and the Scottish Investment Bank. Mary Jane is a member of Changing the Chemistry and an active contributor to the work of Women’s Enterprise Scotland. She is also a Member of the Institute of Directors and an ACMA, CGMA qualified accountant.